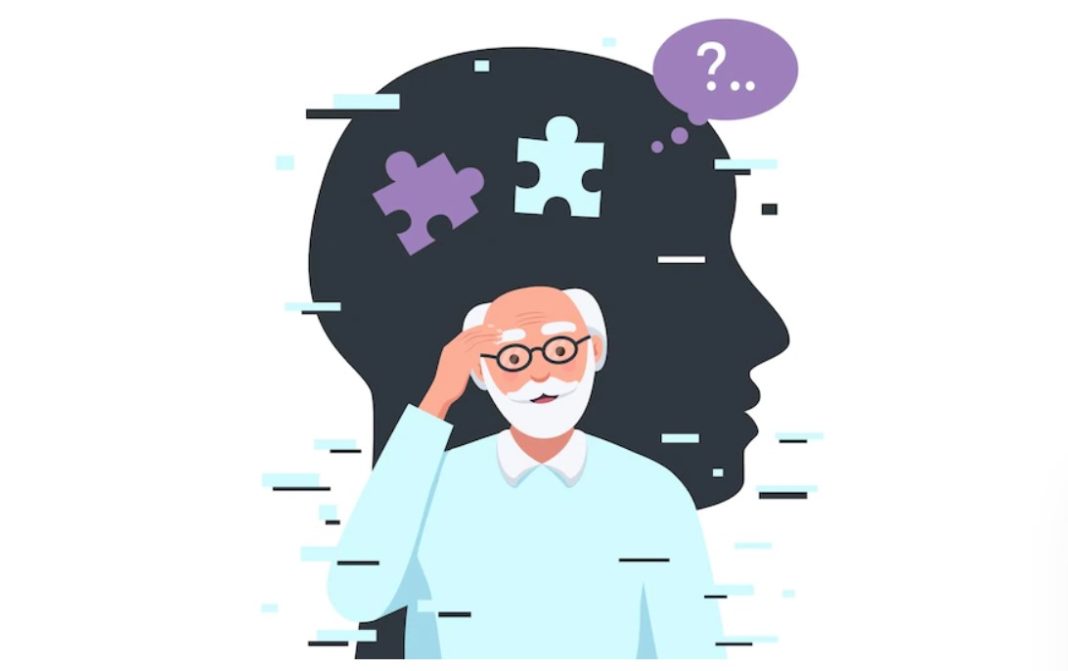 How Does A Anxiety Attack Feel

What Causes A Anxiety Attack

The Benefits Of Play In Adulting Stage

How To Get Over Anxiety Attack

How To Help Someone Having A Anxiety Attack

Each of us has lost a set of keys, forgotten a name, or forgotten a phone number. When you’re young, you don’t usually give these mistakes much thought, but as you get older, you can start to wonder what they mean. You might be discussing a recent movie when you suddenly realize that you can’t recall what it was called.

You’re giving someone directions to your house when you suddenly forget the name of a well-known street. Alternatively, you may find yourself standing in the middle of the kitchen, unsure of your purpose for entering. Although memory gaps might be annoying, they often aren’t a cause for alarm. Memory changes brought on by aging are not the same as dementia.

Physical changes you go through as you age can result in problems with previously unnoticed brain functions. Information retention and learning are slower processes. You’re slower than you once were. In fact, you can mistake this mental slowdown for actual memory loss.

However, if you allow yourself enough time, the information will typically come to mind. So while it is true that some brain changes with aging are unavoidable, serious memory issues are not one of them. It’s crucial to understand the differences between forgetfulness that comes with aging and symptoms that could point to a developing cognitive issue.

Memory Declines With Age And The Brain

Significant memory loss is not a natural part of aging because the brain can create new brain cells at any age. You have to use it or lose it, just like with muscle strength. The state of your brain is greatly influenced by your lifestyle, habits, and regular activities. No of your age, there are numerous strategies to sharpen your mental faculties, stave off memory loss, and preserve your grey matter.

Additionally, a lot of mental skills are generally unaltered by normal aging, including:

The majority of people experience periodic short-term memory lapses as a normal aspect of aging rather than as an indication of substantial mental decline or the beginning of Alzheimer’s disease or another dementia. Memory lapses of the following kinds are common in older persons and are typically not seen as early indicators of dementia:

Is your capacity to function affected by your memory loss?

The main distinction between dementia and age-related memory loss is that the former doesn’t cause functional limitations. The memory gaps don’t significantly affect how well you operate on a daily basis or how well you can accomplish your goals. On the other hand, dementia is characterized by a steady loss of two or more intellectual capacities, such as language, judgment, abstract thought, and memory.

You may be exhibiting the early warning signs of Alzheimer’s disease, another condition that causes dementia, a condition that mimics dementia, or another disorder when memory loss becomes so pervasive and severe that it interferes with your work, hobbies, social interactions, and family relationships.

Mild cognitive impairment (MCI) is a stage that is between typical cognitive aging changes and the more severe dementia symptoms. MCI can cause issues with memory, language, thinking, and judgment that go beyond typical aging-related changes, but it’s not always easy to distinguish between MCI and ordinary memory issues.

Frequently, the difference is one of the degrees. For instance, it’s typical to experience some memory loss as you become older. It’s not typical, though, to initially forget the names of your close relatives and friends and then find yourself unable to remember them after some time has passed.

You and your family or close friends will probably be aware of the decline in your memory or mental function if you have mild cognitive impairment. You are still able to carry on with your daily activities on your own, unlike others who have full-blown dementia.

Even if Alzheimer’s disease or another kind of dementia eventually affects many MCI patients, it is not a given. Some MCI sufferers reach a plateau in their decline at a relatively mild level, while others even get better. Although the outcome is unpredictable, in general, the more memory loss you have, the higher your chance of getting dementia in the future.

The Signs of MCI

When Should I Get Help For Memory Loss?

When memory lapses frequently occur enough or are visible enough to worry you or a family member, it’s time to see a doctor. If you reach that point, schedule a visit as soon as you can to speak with your primary care provider and have a complete physical. Even if you don’t yet exhibit all the signs of dementia, it may be wise to take action now to stop a small issue from growing into a bigger one.

What To Anticipate When You Go To The Doctor

The physician will question you extensively regarding your memory, including:

The doctor will also ask you about your current medications, your food and sleeping habits, whether you’ve experienced recent stress or depression, as well as other details about your life. The doctor may also request that you or your spouse keep a log of your symptoms and return in a few months. Your doctor could recommend seeing a neuropsychologist if your memory issue requires more analysis.

It’s crucial to keep in mind that memory loss doesn’t necessarily indicate dementia. There are other additional causes of cognitive issues, such as stress, melancholy, and even vitamin deficiencies. That’s why it’s crucial to visit a doctor for a formal diagnosis if you’re having issues.

Even what appears to be severe memory loss can occasionally be brought on by external events and treatable illnesses, such as:

Depression. Depression can make it difficult for you to concentrate, keep organized, remember things, and get things done. Depression can also resemble the symptoms of memory loss. Older individuals sometimes struggle with depression, especially if they are less sociable and active than they once were, have recently gone through a number of significant losses, or have undergone significant life changes (retirement, a serious medical diagnosis, the loss of a loved one, moving out of your home).

Lack of vitamin B12. Neuronal protection and proper brain function are both facilitated by vitamin B12. In fact, a B12 deficiency can harm the brain permanently. You may have trouble getting the B12 your body and mind require if you’re older since you absorb nutrients more slowly. You may be especially at risk if you smoke or consume alcohol. Early treatment of a vitamin B12 deficiency can reverse the accompanying memory issues. Monthly injection is a possible form of treatment.

Thyroid issues. The thyroid gland regulates metabolism; if it is too rapid, you could feel disoriented, and if it is too slow, you might feel lethargic and melancholy. Memory issues, such as forgetfulness and difficulties concentrating, can be brought on by thyroid issues. Symptoms can be reversed with medication.

Abuse of alcohol. Alcohol abuse causes memory loss because alcohol abuse is harmful to brain cells. Abuse of alcohol over time may also raise the risk of dementia. Due to the negative effects of binge drinking, doctors recommend keeping your daily intake to no more than 1-2 drinks.

Dehydration. Dehydration is particularly dangerous for older persons. Confusion, drowsiness, memory loss, and other symptoms that resemble dementia can be brought on by severe dehydration. It’s crucial to drink enough water (aim for 6-8 drinks per day). If you use laxatives or diuretics and have diabetes, high blood sugar, or diarrhea, you should be extra cautious.

Adverse drug reactions. The side effects of numerous prescription, over-the-counter, and medicine combinations include cognitive issues and memory loss. Older folks are more likely to experience this since they process and absorb drugs more slowly. Sleeping pills, antihistamines, blood pressure, arthritis, muscle relaxants, anticholinergic pharmaceuticals for urinary incontinence and gastrointestinal discomfort, antidepressants, anti-anxiety medications, and painkillers are examples of common medications that have an impact on memory and brain function.

Making Up For Memory Loss

The same behaviors that support good aging and physical vigor also support healthy memory development. You will therefore enhance all other facets of your life by taking early action to stop cognitive decline.

Remain sociable. Memory issues are more common in those who don’t interact socially with their family and friends than in those who do. Schedule time with friends, join a reading club or go to the local senior center so you may have meaningful face-to-face social interaction, which has been shown to significantly lower stress and to be a potent kind of brain medicine. If you want the maximum brain benefit, put your phone away and give your whole attention to the people you are with.

Give up smoking. Smoking increases the risk of vascular conditions that can lead to stroke and narrow the arteries that supply the brain with oxygen. When you stop smoking, your blood circulation improves immediately, which helps the brain.

Stress management. The stress hormone cortisol causes long-term brain damage and can impair memory. Stress or anxiety, though, can impair memory in the present, even before that. You’re more prone to forget things, have problems learning, or concentrate when you’re upset or anxious. However, these negative consequences can be reduced using easy stress management strategies.

Get adequate rest. As you age, memory consolidation—the act of developing and storing new memories so you can recover them later—becomes increasingly important. Lack of sleep impairs memory, focus, and decision-making and slows the formation of new neurons in the hippocampus. Depression may result from it, which is another memory destroyer.

Watch your diet. Consume lots of fruits, veggies, and green tea since they are high in antioxidants that can prevent the “rusting” of your brain cells. Salmon, tuna, trout, walnuts, and flaxseed are a few examples of foods high in omega-3 fats that are particularly beneficial for your brain and memory. However, consuming too many calories can raise your risk of memory loss or cognitive impairment.

Regular exercise. Getting into a regular fitness regimen that includes both aerobic and weight training may cut your risk of dementia by as much as 50%. Exercise can help stop cognitive impairments from getting worse in people who have already started to experience them. By encouraging the brain’s capacity to preserve existing connections as well as form new ones, exercise helps prevent Alzheimer’s disease.

Mental exercise can improve brain function and reduce your risk of mental decline, much like physical exercise can make and keep your body stronger. Look for brain activities that you love doing. Your brain will respond to activity more strongly the more enjoyable it is for you. By engaging your senses, you may make some activities more pleasurable.

For instance, you could listen to music while exercising, light a fragrant candle, or treat yourself when you’re done. Here are some suggestions for brain exercises, ranging from light exercise to strenuous work: