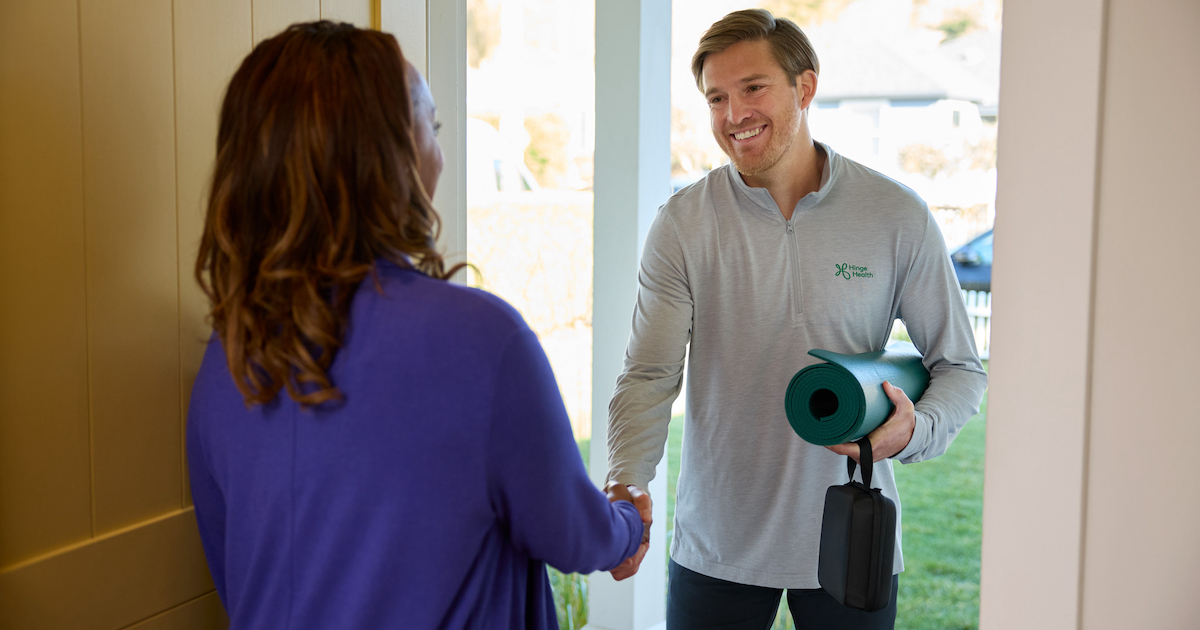 The offering will first launch in Chicago followed by a nationwide rollout. Hinge is pitching the home option as a complement to virtual care, arguing in-person evaluations could improve patients’ digital experiences.

“As the market leader in MSK care, it’s incumbent on us to transform the member experience by challenging the status quo,” Daniel Perez, cofounder and CEO of Hinge Health, said in a statement. “Integrating digital and in-person care is a leap forward in bridging care gaps and reimagining a healthcare model that works for everyone.”

A survey of UK-based rehabilitation practitioners published in JMIR last year found many providers supported telehealth services. However, they did voice some challenges, from practical issues with camera placement and internet connectivity to concerns about effectively conducting physical assessments from afar.

Founded in 2015, Hinge Health is one of the larger players in the digital MSK care and physical therapy space. The company announced multiple funding rounds in 2021, including a $300 million Series D, a $400 million Series E and a $200 million secondary investment.

There are a number of other companies offering virtual physical therapy. In October, Hospital for Special Surgery, a New York-based academic medical center focused on musculoskeletal care, announced that it had raised $21 million in Series A funding to launch its own company, RightMove Powered by HSS.

Others in the space include Upswing Health, RecoveryOne, DarioHealth and Omada Health.