What You Need to Know About Bipolar Disorder Treatment 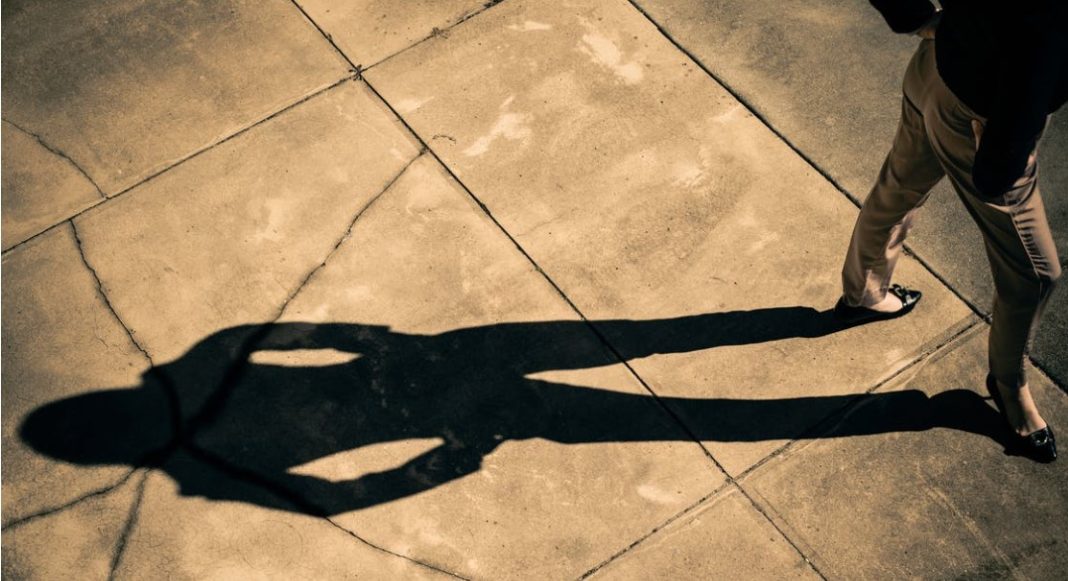 Globally, mental health issues are becoming more prevalent, affecting 13% of the world’s population. Mental illnesses are a common condition, affecting more than 5% of the population.

Seeking help immediately is crucial if you suspect you suffer from bipolar disorder. As a lifelong condition, bipolar disorder runs through ups and downs with little predictability. The ups and downs of these emotions can be devastating if left untreated. A stable, productive life is challenging for people suffering from depression and manic episodes. Manic episodes are characterized by hyperactivity and irresponsibility. When you are in the depression phase, you may not be able to do anything. It is possible to avoid these problems if you receive an early diagnosis and treatment. Recovery can begin with an accurate diagnosis from an experienced mental health professional.

There are several factors that contribute to the successful treatment of bipolar disorder. The use of medication alone is not sufficient. You can make healthy lifestyle choices that may reduce your need for medication by educating yourself about the illness, interacting with your doctors and therapists, and having a strong support system. You should follow your treatment plan and reassess with your doctor as things change in your life.

It takes time for someone suffering from bipolar disorder to recover. In a similar fashion to bipolar disorder’s mood swings, the treatment also has its ups and downs. It takes time to find the right treatment, and setbacks do occur. You can live a full life by managing your symptoms carefully and becoming committed to improving.

How can I Start Getting Better?

It’s important for you to distinguish between your symptoms and your true self. It is possible to distinguish the symptoms of bipolar disorder from your character when you understand how the illness affects your behavior. Discuss with your doctor what behaviors you would like to change and establish concrete goals for doing so.

Share your knowledge about bipolar disorder with your loved ones. You can better cope with symptoms, spot triggers, and deal with crises if your family and close friends know what you’re going through.

Getting an accurate diagnosis is the first step in your bipolar disorder treatment. And it isn’t always easy. The mood swings of bipolar disorder can be difficult to distinguish from other problems such as major depression, ADHD, and borderline personality disorder. Identifying and treating bipolar disorder can take time and require several doctor visits for many people.

Even trained professionals can have difficulty diagnosing bipolar disorder, so seeing a psychiatrist who specializes in treating the disorder is best instead of a family doctor or another type of physician. The latest research and treatment options are more likely available to psychiatrists specializing in mental health.

The Diagnostic Exam: What To Expect

Generally, bipolar disorder is diagnosed through the following tests:

In order to diagnose bipolar disorder, the doctor will perform an extensive psychiatric history. It’s important for you to describe your symptoms and the history of the problem, as well as any treatments you have received previously and any anxiety or mood problems in your family.

The doctor may also discuss your moods and behaviors with family members and friends in addition to taking your medical and psychiatric history. Your closest friends and family members are usually able to describe your symptoms more accurately and objectively than you are.

Is There Something Else Causing Your Symptoms?

Bipolar disorder symptoms can be mimicked by medical conditions and medications, such as:

Bipolar disorder can be classified into several types. An individual’s pattern of episodes of depression and mania identifies which type they have. Different types of bipolar disorder require different treatments. Taking a close look at your symptoms will help your doctor determine where they fall.

Bipolar I Disorder (Depression and Mania)

An individual suffering from bipolar I disorder has the most severe form of the illness. Symptoms of bipolar disorder include at least one manic episode or mixed episode. Major depression isn’t a requirement for diagnosing bipolar I disorder, but it is a common symptom for those with it.

There are milder forms of bipolar disorder, like cyclothymia. Cyclothymia presents with cyclical mood swings, like bipolar disorder. Mania or major depression is not a possibility because the highs and lows aren’t severe enough. Cyclothymia is diagnosed when a person experiences hypomania and mild depression regularly over a two-year period.

A person with cyclothymia is more likely to develop full-blown bipolar disorder, so it is important to monitor and treat the condition.

Many people who have bipolar disorder seek help when they’re in the depressive stage of the illness, so it’s common to misdiagnose them as depressed. During the manic stage, they are not aware of the problem. Bipolar disorder patients are more likely to be depressed than manic or hypomanic most of the time.

Bipolar depression is treated differently from regular depression, so being misdiagnosed with depression can be dangerous. Bipolar disorder can actually be aggravated by antidepressants. Therefore, it’s important to consult with a mood disorder specialist who can determine the cause of your symptoms.

How Do I Know If I Have Bipolar Disorder Or Depression?

Here are some signs that your depression is actually bipolar disorder:

Depression symptoms range from mild to severe and can present differently in men and women. To fully understand the causes of depression in women, it is vital to learn more about it.

A doctor will discuss treatment options and may prescribe medication for you if they determine that you have bipolar disorder. You could also be referred to a different mental health specialist, such as a counselor, psychologist, or a bipolar disorder specialist. A personalized treatment plan will be developed with the help of your healthcare providers.

Symptoms of bipolar disorder are relieved through comprehensive treatment plans that restore function, address home and work problems, and reduce the risk of recurrence.

Psychotherapy: Bipolar disorder and its complications can be effectively dealt with through therapy. You can work with a therapist to deal with difficult emotions, repair relationships, handle stress, and manage moods.

Education: Understanding your illness is the first step to managing symptoms and preventing complications. In order to prevent problems and cope with setbacks, you and your loved ones should know more about bipolar disorder.

Lifestyle Management: It is possible to minimize mood episodes and symptoms by carefully controlling your lifestyle. In order to achieve this, you should keep a regular sleep schedule, avoid alcohol and drugs, eat a mood-boosting diet, exercise consistently, minimize stress, and maintain a steady level of sunlight exposure throughout the year.

Support: Everyone dealing with bipolar disorder faces challenges, and having a solid and supportive system can make a big difference in how they feel and how they behave. The benefits of joining a bipolar disorder support group include sharing your experiences and learning from others who understand what you’re experiencing. Family and friends are also invaluable sources of support. It won’t be a burden to others if you reach out to the people who care for you.

Treatment Of Bipolar Disorder With Medication

To control the symptoms of bipolar disorder, most people require medication. In the event that your doctor diagnoses you with bipolar disorder, you will work with them to determine the best medication or combination of medications for you. Each person responds differently to medications, so you may need to try several different ones before finding one that helps relieve your symptoms.

Make Regular Visits To Your Doctor

To ensure your medication levels are within the therapeutic range, it’s important to have regular blood tests. Balance is key to getting the right dose. Your doctor will monitor your progress closely to ensure that you remain safe and symptom-free.

Regardless of your mood, continue to take your medication

Don’t quit your medication even after you start to feel better. It is common for people to require long-term medication to prevent relapses.

Medication won’t cure all your ailments

It’s important to lead a lifestyle that promotes wellness in order to feel your best, especially if you suffer from bipolar disorder. A supportive environment, therapy, and lots of rest can help you achieve this.

Antidepressants should be used with extreme caution. Bipolar depression cannot be effectively treated with antidepressants, according to research. People with bipolar disorder can also experience rapid cycling between mania and depression.

Bipolar Disorder: Why Therapy Is Important

People with bipolar disorder who are medicated and receive therapy are more likely to get well and stay well. Your symptoms can lead to problems in your relationships, at work, and with your self-esteem, but therapy can help you resolve these problems. Any other problems you’re experiencing, such as anxiety or substance abuse, can also be addressed during therapy.

The following types of therapy are particularly helpful when treating bipolar disorder:

You explore how your thoughts affect your emotions when you participate in cognitive-behavioral therapy (CBT). A positive mindset is also acquired through the practice of changing negative behaviors and thinking patterns. Management of symptoms, avoiding relapse triggers, and problem-solving are the main components of treatment for bipolar disorder.

Treatment of bipolar disorder usually involves combining social rhythm therapy with interpersonal therapy. As a result of their oversensitive biological clocks, those suffering from bipolar disorder are thought to have irregular circadian rhythms.

Disruptions to your daily pattern of activity can throw off this clock, which is called your “social rhythms.” A social rhythm therapy program involves integrating sleep, eating, and exercise into your daily routine. Stabilizing these rhythms will also stabilize mood-regulating biological rhythms.

Family and marital relationships can be strained when living with a person suffering from bipolar disorder. Therapy for the family focuses on restoring a healthy and supportive family environment. The key to treating the disease is to educate family members about its symptoms and how to cope with them. A key focus of treatment is also resolving problems at home and improving communication.

Treatments for bipolar disorder generally don’t replace medication, therapy, or lifestyle changes but rather are complementary to them. Here are several options worth considering:

In people with bipolar disorder, light and dark therapy targets their sensitive biological clocks. Sleep-wake cycles are easily disrupted by this clock, causing mania and depression symptoms. Through the careful management of your light exposure, light and dark therapy helps regulate your biological rhythms, thereby reducing mood cycling. During this therapy, artificial light is restricted for ten hours every night to create a regular dark environment.

Several studies have shown that mindfulness-based cognitive therapy and meditation can combat depression, anger, agitation, and anxiety. Focusing awareness on the present moment and breaking negative thinking patterns is the goal of the mindfulness approach. This includes meditation, yoga, and breathing exercises.

In some studies, acupuncture is believed to alleviate bipolar disorder symptoms by modulating the stress response. Researchers have shown that acupuncture can reduce depression symptoms, and evidence is growing that it can also reduce mania symptoms.

Psychiatric disorders are as crippling as physical disabilities when viewed as a complex category of psychological and mental issues. Because of the serious nature of these disabilities, it is crucial to learn more about the distinction between treatments and cures for mental conditions.